This week in mapping class we are making our own tiles in mapbox. My map shows tweets that have the word “bowie” as they come in.

I used MapBox Studio to design the base map with Ziggy Stardust Inspired colors. I then used this blog post as a guide to import the Twitter stream.

Once I had the Twitter stream in place, I followed this tutorial to add the lighting bolt custom marker that I created in Illustrator.

Here’s what the map looks like with some tweets on it: 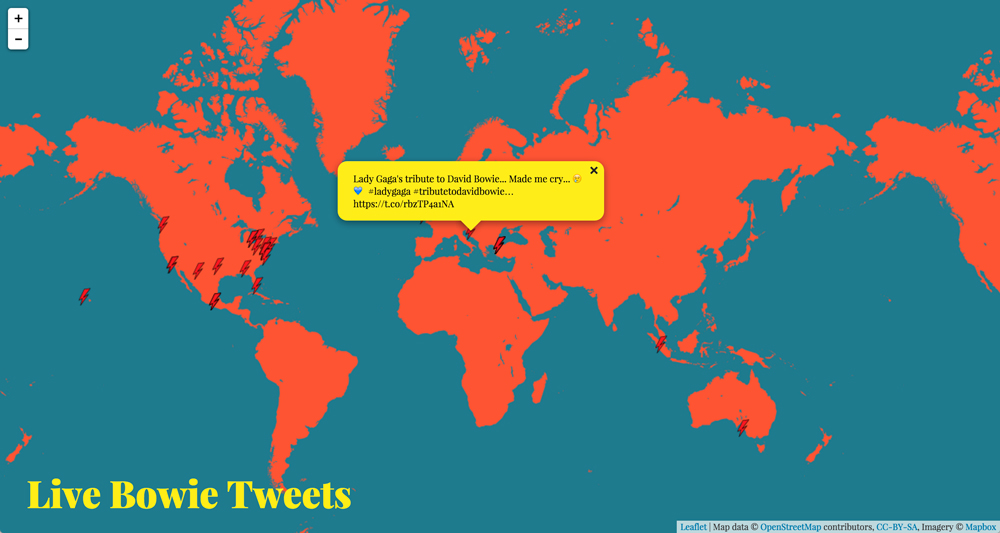 While working on the project, I learned that only about one percent of tweets have geolocation information on them. As a result, even though there are several Bowie tweets coming through, very few actually make it to the map.

So, I’ve made two versions of the map. One with the actual Bowie tweets, and one with the firehose of tweets coming from twitter.