This week we are working with pre-production concepts, starting with a short poem, ending in hero shots in Unreal game engine. Here’s a photo of my poem.

From here, I did the A-B, B-C brainstorming exercise. Here’s a photo of my sorted words. (Sorry the words on blue are a bit difficult to read!) 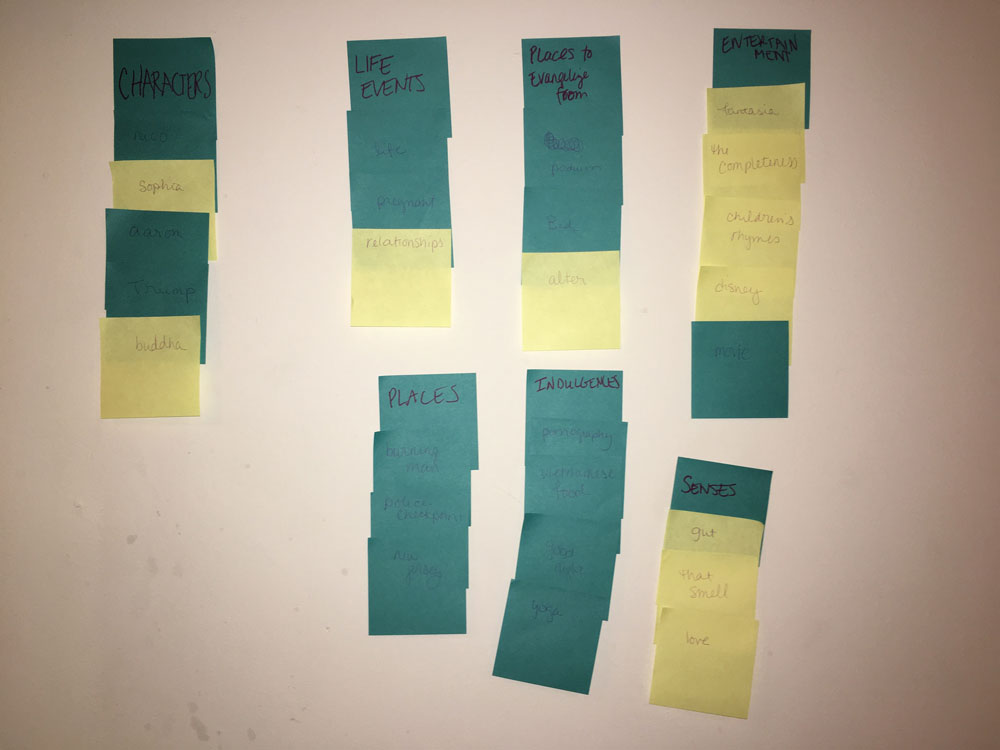 From there, I turned them into a story map reflecting the central themes of the poem. 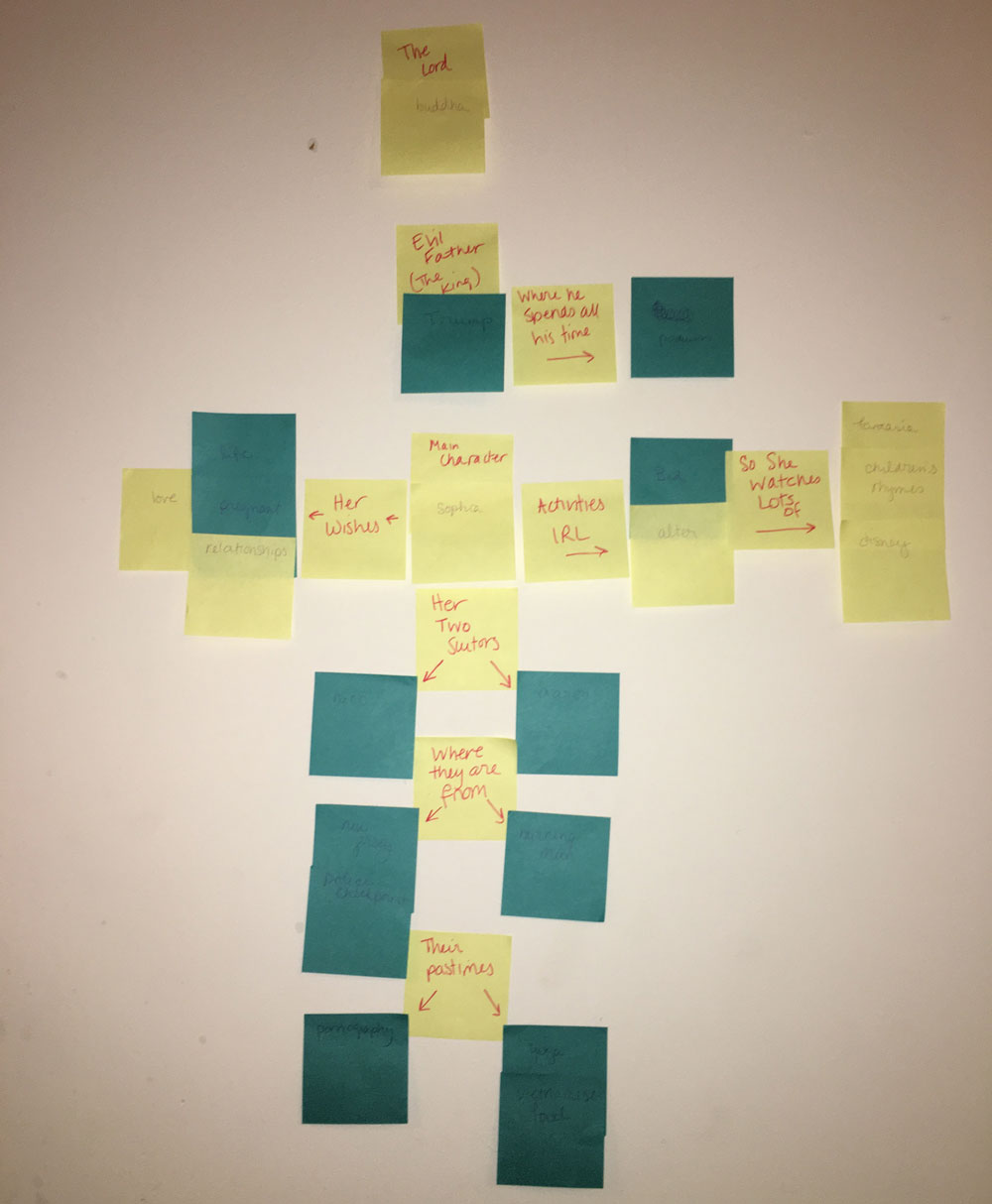 It’s a bit hard to read, so here’s the gist: The central character Penelope (Sophia in the map), lives with her evil father, King Trump. He spends most of his time at the podium saying evil things; she spends time dreaming of having adventures, enjoying her life, finding love, but in real life she just spends her time between bed (where she watches a lot of fantasy TV/movies) and the alter. Her dad picked two suitors for her, they are both atrocious (or are they?). One is Nico, found at a police checkpoint in New Jersey. He’s a porn connoisseur. The other is Aaron, found at Burning Man, he enjoys yoga and vietnamese food.

Here are the hero shots:

#2 Penelope Trapped in the Castle, Planning Her Escape

#3 Aaron, One of Penelope’s Two Suitors, Recently Returned from Burning Man, Prepares to Claim His Bride

For some reason the high res screenshot wasn’t working for me in Unreal, so I just did regular screenshots.